After a marathon meeting of the Brick Township zoning board that lasted nearly four hours on Wednesday evening, little has been resolved to overcome the legal problem presented by a parking arrangement between two places of worship that is essential to allow the second to open in the building of a former funeral home.

Temple Beth Or, formerly located on Van Zile Road, is seeking to move its now smaller congregation to what was Laurelton Funeral Home, located off Route 70 on Pier Avenue, adjoining a residential community. While places of worship are conditionally permitted uses within the area of ​​the funeral home building, an arrangement to share parking with St. Thomas Lutheran Church across the street presented a “ legal conundrum for civil servants.

Attendance at the council meeting Wednesday night was high, with two to three dozen residents of the surrounding neighborhood, many of whom informally said they opposed the bid, in attendance. Two or three dozen additional members of the temple congregation came as reinforcements.

The funeral home site has approximately 15 parking spaces on its own property. Rabbi Robert Rubin, who is friends with the St. Thomas pastor, made a deal with his colleague to use the St. Thomas parking lot for nominal payment for 20 years. But there are questions about the long-term viability of the lease, the availability of parking and whether the temple can count spaces on a separate property – not officially part of its zoning board application – towards its obligation in under the territory of the canton. use the prescription.

There is also a question as to how many spaces are needed in the first place, with different metrics – number of seats in the proposed temple versus square footage – producing different results. Council engineer Brian Boccanfuso said 85 parking spaces would be needed since the temple could theoretically accommodate 338 people. But a different measure would reduce that to about three dozen places. Another variable is the shrinking temple congregation, with Rubin testifying that despite having 170 members, Friday services draw around 15 worshipers and Saturday services draw between 10 and 15. Some large holy day services draw 50 to 60 worshippers. .

“We don’t have a religious school right now,” Rubin explained, detailing a drop in membership that unfortunately has affected many places of worship in The Brick and beyond, regardless of faith or faith. The denomination. “We only have four students who graduated from pre-high school [age].”

Falling membership and attendance prompted Temple Beth Or to sell its large establishment on Van Zile Road last year. The funeral home property, which would primarily consist of a worship area, a meeting area and one or two small offices, was purchased after a new home was found.

The temple also requires variance relief since the property is not 2 acres in size as required by the ordinance. This, however, is mitigated by the fact that there is a 320-foot wide grass-covered right-of-way between the property and Route 70 that effectively adds a major buffer, fulfilling the spirit – if not the letter – of the by-law. zoning. Jeffrey Carr, a licensed planner hired by Temple Beth Or, testified that since the temple would adjoin another religious use, the area requirement is functionally improved.

“For lack of a better term, that makes it a compound,” Carr said, referring to St. Thomas’ presence. “It’s a religious facility – two places of worship that share amenities.”

The temple would also plant additional trees and install curbs and sidewalks, said John Jackson, an attorney for the congregation. 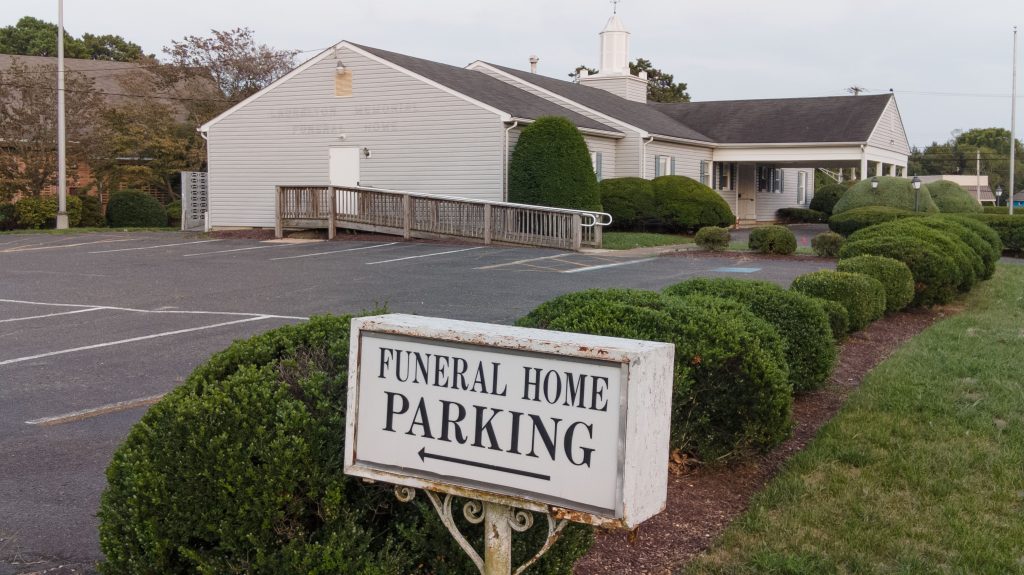 The crux of the problem eventually came back to parking. While the 20-year lease between Temple Beth Or and St. Thomas would help meet the parking requirement, the Lutheran church is not a party to the claim before the council. The church pastor, however, was physically present to give a testimony of support. Still, council attorney Anne Marie Rizzuto raised several legal issues with the arrangement, including questions about what would happen if St. Thomas itself were to close at some point, or if ownership of the parking lot was sold to a new owner.

Jackson said the lease secures the temple’s access to the property for 20 years, and the agreement could be registered with the county clerk’s office to ensure a title search would show the active lease, which would have to be maintained if the property was ever sold. But Rizzuto wondered if there would be a cure for the parking requirement if for some reason the spaces were lost.

“You would have a fight on your hands,” she told board members, predicting a round of litigation that would no doubt take into consideration the fact that a place of worship is considered by most courts as an inherently beneficial use for a community, thereby creating an extremely high bar situation that would need to be met in order to effectively close the facility due to a parking requirement. “It’s risky to determine whether you can enforce compliance in five years or in ten years. Suffice to say, it’s not an easy answer.

As testimony dragged on until the fourth hour of the night, Council President David Chadwick said the case should be adjourned. Another council member requested that a certified traffic engineer testify at a future hearing.

“I’m starting to feel like we have an enigma,” Chadwick said. “It is a very important matter. There are a lot of issues that we have to deal with.”

Chadwick said he hoped more clarity on the legality of the parking agreement could be shared at the next meeting.

The matter will return to council on Wednesday, October 12 at 7 p.m. at the Township Municipal Complex.