Ikea is a go-to store for many of us because of its great furniture and storage solutions at affordable prices.

The only problem is that you have to build the parts ourselves once we get them home. And as anyone who’s ever purchased kit furniture knows, assembly can be a simple, straightforward process or a time-consuming task that ends in an argument.

But any frustration caused by building Ikea furniture could be a thing of the past with the launch of a handy new tool.

READ MORE: The Ikea designer’s advice for an organized home that promotes well-being

The Ease of Assembly Tool created by HouseholdQuotes allows shoppers to search for the Ikea piece of furniture they’re interested in to find out how easy or difficult it might be to assemble it.

If the part you are looking for is deemed difficult to build, the tool suggests alternatives that are easier to assemble.

For example, you might have your eye on the EKET cabinet for your living room, but it has an ease of assembly rating of 3, which might be a little frustrating.

Instead, the tool suggests the Billy Bookcase, which has an ease of assembly rating of 5 and will look just as good.

The tool could be very handy for large pieces of furniture like beds, which are more difficult to build simply because of their size, shape, and weight. So if you’re looking for a piece that’s easy to put together, you might want to consider the Sagstua bed with a rating of 5 rather than the Songesand bed, which has a rating of 2.1.

READ MORE: How to Give an Ikea Cabinet a Sleek Look Without Using Power Tools

To show you what a living room with easy-to-assemble pieces looks like compared to a room full of more difficult-to-build pieces, HouseholdQuotes has simulated a 3D rendering.

As you can see from the pictures, no matter how difficult the flatpack build, your piece will still look great in the end.

In images, in pictures 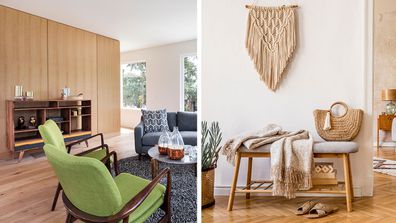 These are the most searched interior design styles in Australia

This will add value to your property